スマートフォン用の表示で見る
トップ > English > No.1 Going on a Straight Railroad or a Winding Road

Where would I go if I took long holidays? If they were 1 week, I could visit Canary islands and see dragon’s blood tree. 2 weeks, could go to some villages which have Tibetan cultures located in the northern part of India. 3 weeks, could get to the Northernmost place of European continent from Japan by only land and sea. 4 weeks …

I can get numerous information from my smartphone held by my right hand and think any travel plans up. No matter how I do such things, It’s almost impossible to realize them. The limit how long we can take consecutive paid holidays is mere a week for most of the office workers in Japan. They cram what they wanna do and where they wanna go into the limited time. To extend the duration of their holidays as long as possible, they go to the airport with suits after leaving their office and take a late-night overseas flight. After they arrived, they busily go sightseeing according to their plans. Stay there as long as possible and go back to ordinary life. They will be pushed into a crowded train expressionlessly on usual Monday. That’s how they enjoy their leisure. I often think about “How do I live now?” on the train of CHUOU line which has a straight railroad as far as the eyes can see. Even though there are no big curves, It’s easy to stagger if I don’t hold on a strap tightly by my left hand. I have thought “I want to take a long journey someday” for a few years, but I haven’t ventured to quit.

One day in winter, I was noticed that I couldn’t join the project that I really want to take part in. I’m being 30 years old after a few months. I don’t know when my bosses concede my wish and it’s a good timing for who are 30 to change their job. When I was a junior high school student, a female singer said this phrase many times on the radio, “Adversity has big chances!” This is the best timing to use this phrase. I wonder it’s valuable to take a long journey for whole a year.

Where do I go? I often read the books written by Kotaro Sawaki, a Japanese nonfiction writer. “Midnight Express”, is his book which is best known for many people and it have invited lots of the youth to a wandering journey. In this book, he mentioned the reason why he traveled in the Eurasia Continent from the Asian side to the European side. That is “Many tourists go to Europe by Siberian railroad first and work there for saving enough money to travel. After that, they leave for India. Perhaps It’s interesting to travel for the opposite direction.” A lot of Japanese tourists have read this book and been influenced by him. They travel from Far Eastern Japan to London or Cape Roca, the westernmost place of the Eurasian Continent overland. High popularity is a evidence that it is interesting, but it is certain that the joy is easy to be boring at the same time. I think It’s more fascinating to don’t follow the trend and travel from Europe to Asia like the old tourists.

I want to go to somewhere as far away as possible. More and more Japanese tourists want to travel around the world and they are working out their plans going eastward or westward on their blogs in these days. For example, If you go firstly to East Asia or South East Asia where relatively easy to travel, you can know and experience how to travel. On the other hand, If you fly over the Pacific and go to North America, you can communicate with locals by English. Something like that. If they are only interested in East and West directions, that makes me feel more interesting to travel from the North to the South. How about traveling from the Arctic, the Northernmost place, to the Antarctica, the southernmost place? It’s so hard to travel from the North Pole to the South Pole, like the P2P (Pole to Pole) Project which Naoki Ishikawa, a Japanese photographer, had joined in while he was young. However, it must be possible to travel from the somewhere in the Arctic to the somewhere in the Antarctica.

Of course there is no Arctic continent, I’ll go to the Northernmost place as far as I can go in the Arctic first. After that, travel around Europe, Middle East, Central Asia, and China. Move to Tibet along The Himalaya, and southernmost place of Indian subcontinent. After traveling in Eurasia, I can fly to the Central America and visit some South American cities and get to the Antarctica in the end! Although the road between Tibet and Nepal have been still closed so far resulted from the earthquake in 2015, It will open sooner or later. If it didn’t open, I would go to Myanmar and cross the border to India. This border has been closed for a long time, but I got the information that this border open or will open. Because the information about borders is unpredictable, I should decide which way to go when I get there anywhere.  If I traveled along this route overland it will be long and winding road. It seems nice for me because I’ve fed up with the monotonous scenery.

I don’t know whether this plan is possible or not. Even If I failed it, it would be still good because nobody wants anything from me and that’s the way the traveling is. This way, I finished holding the strap and quit my job. 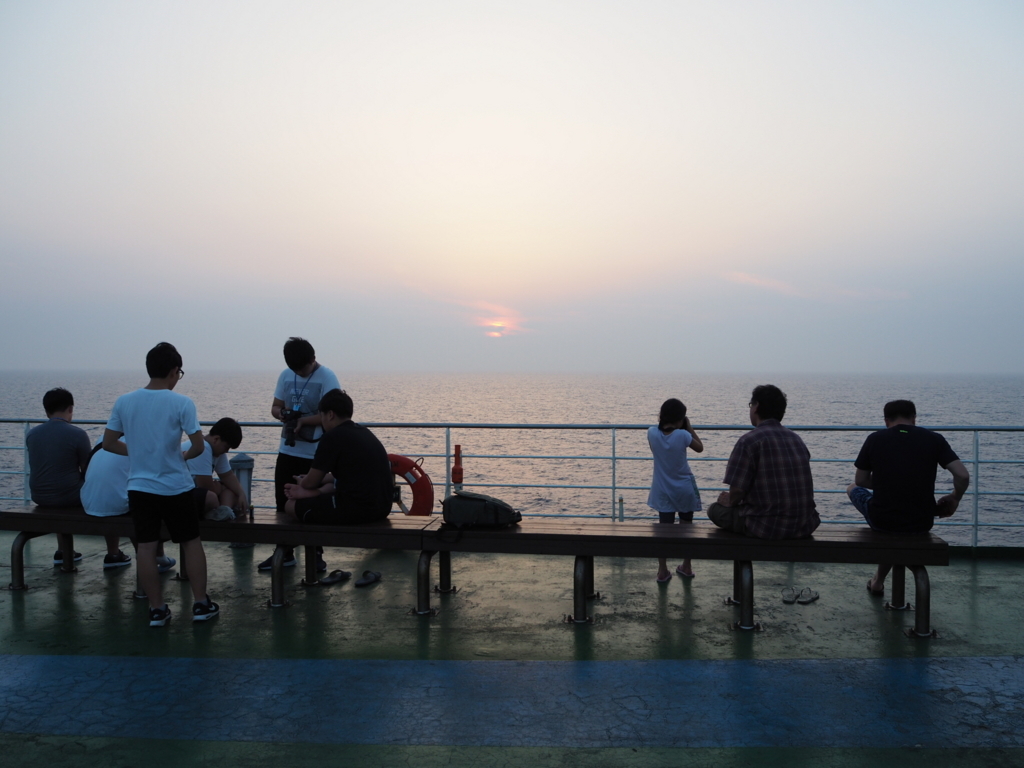 世界を長期で旅した記録・記憶を日英文で書いてます。
I write travel journals and take pictures all over the world.